Thomas Jenkins and Alex Hellum have collaborated to create the Orb&Cup, a new product presented at Norwegian Prototypes 2010. 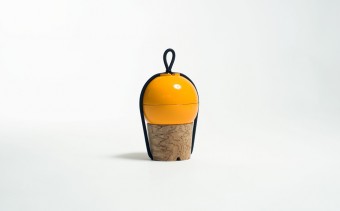 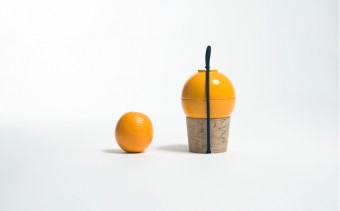 For high resolution images of the Orb&Cup please click here.

The Orb&Cup is a two-piece product, the two separate parts of the design were created by Alex and Thomas individually. Each designer knew the practical nature of the others design, however the aesthetic of each others work was kept a secret until the designs were finished. The Cup by Thomas is based on the idea of a traditional Norwegian wooden cup, whilst the Orb by Alex is a container for transporting a piece of fruit, a snack, a tea bag, etc. The Orb&Cup are held together with an industrial elastic band. Together, they have created a kind of lunch pack, ideal for picnics, walking in the park or even for taking to work. 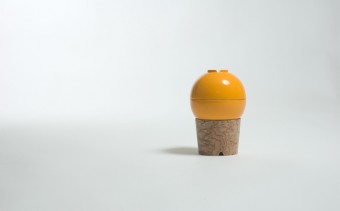 Thomas and Alex have something peculiar in common. Thomas is an English designer based in Norway and Alex is a Norwegian designer based in England. After a few meetings, they decided to come up with a collaborative project that bridges the boundaries between the two countries.

The project is called Ordered Chaos and is borne out of the idea that most homes lives are constantly fluctuating. We often live in environments where objects are replaced and bought as and when they break, are worn out, or just need an upgrade. The overall home aesthetic then becomes a kind of ordered chaos, where ultimately things only relate to each other through their function. You may well break a cup from a charming six-piece set, but you are unlikely to throw out the other five cups. Over time, our homes often become more aesthetically chaotic than ordered, therein lies an idea that particularly appeals to both Thomas and Alex. Ordered Chaos is a collaboration that aims to create products that can enhance our daily lives through their pure and simple functionality. 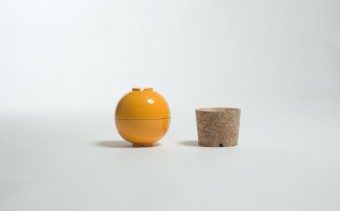 Download a PDF version with images of this new story by right-clicking here.