CLARKE, CLERKIN AND KAUR: THE THING WITH MALTASINGH

If you believed everything you read about Maltasingh, you would have to believe that he lived for one hundred and ninety three years and that he had the extraordinary ability to be in more than one place at any one time….

What we know about Maltasingh as a matter of fact is that he was the proprietor of Brick Lane’s first ever Curry House, Maltasingh’s Indian Kitchen. It was built by Maltasingh and his friends from the surrounding furniture factories using reject and found components. The kitchen was located in what was once the disused warehouse of a string and twine shop, now a contemporary jewellery gallery and project space, Gallery S O.

For this years London Design Festival, Danny Clarke, Carl Clerkin and Jasleen Kaur have invited some of London’s leading designers and makers to help recreate this establishment of rich historic and cultural importance.

The kitchen will be constructed throughout September and will serve curry, pastizzi and beer on the 23rd, 24th and 25th of September.
The material for this refit is kindly supplied by SCP.

At 4pm on Saturday 26th September, Alex & fellow designers, Simon Pengelly & Rod Wales will be joining Samuel Chan to explain the ethos behind his latest venture, ‘Joined + Jointed‘, whose aim is ‘creation through collaboration’.

This years Designjunction seminar programme, curated by Aidan Walker celebrates, explores & explains design’s new sense of mission and asks the question: do we really need another chair (or table or camera or shoe or phone)?

The ‘Design for a Reason’ programme argues that yes we do, as long as it’s a beautiful solution to a real problem.

The Arrangement Of Furniture – Celebrating 3O Years Of SCP

To celebrate 30 years, SCP will be staging an exhibition of design objects composed by Michael Marriott. On show will be a range of SCP prototypes, originals, re-issues and new products, each of which is displayed on top of a piece of specially sourced non-SCP furniture. The individual arrangements are like small design conversations, around form, material and texture. The show will explore the cultural richness that has formed the backbone of SCP for the last 30 years, focusing attention on product typologies, on relationships between things and on the layers in between. 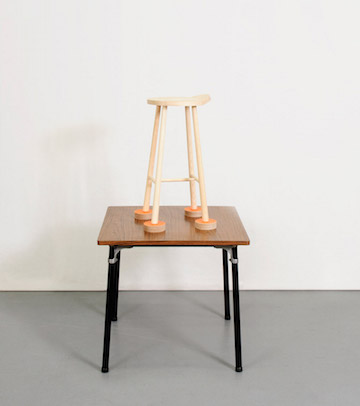 The exhibition will be the first opportunity to preview products in the new SCP Classics collection. The most coveted products have been chosen from the archives, SCP have invited the original designers to update them, or alternatively leave them unchanged, depending on developments in materials and manufacturing techniques. The result is a collection of design that is at once modern, timeless and full of individuality.

The Arrangement of Furniture in a Room
Via Carlo Tenca 7, Milano

The panel will consist of Scandinavian-born designers will be exploring how design and culture united to create a distinctive Nordic home, combining beauty, simplicity and utility. Twentieth century greats such as Alvar Aalto and Arne Jacobsen were instrumental in designing and defining this new aesthetic; we discuss their ideas, their legacy and their worldwide influence. What are the preconceptions about Scandinavian home life? Have we created clichés? And what is the reality? Come away with a new and authentic perspective on one of the great modern design movements.

Tool Stool – For People Who Like To Design Things… 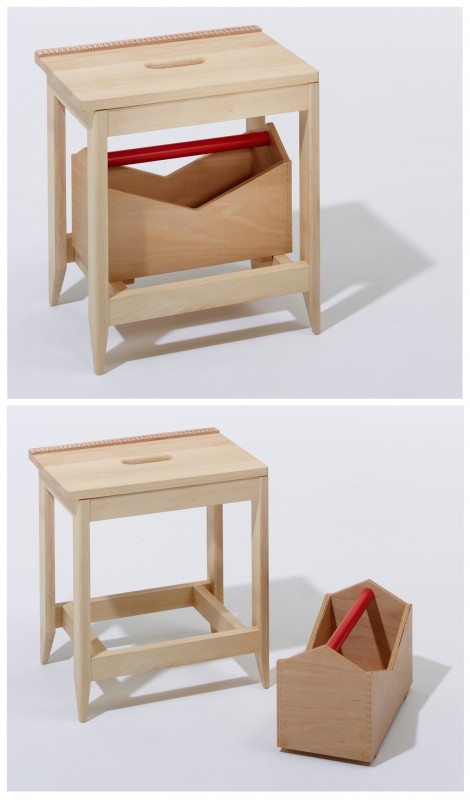 Manufactured by SCP, The ‘Tool Stool’ is a stool, workbench and toolbox all combined.  The Tool stool has been specifically design for practical use, with a number of ingenious details that make it fit for purpose. It is made from solid beech, using dowel joints in the construction for the stool itself and a finger jointed method for the removable toolbox.  The stool has an overhanging seat on one side, allowing for wood to be sawn without damaging the legs. The overhang can be adjusted with four screws for right or left handed use.
There is also a laser-etched ruler on the seat of the stool, which protrudes by about 5mm, acting as a back-stop to be used as you would on a saw-bench.  The removable toolbox nests underneath the stool, using the cross
braces of the frame as runners. It has a painted red handle and natural oil beech wood finish.  The centre of the stool has a carry handle cut into the top, with radius edges making it comfortable to carry. The Tool stool has all the hallmarks of Alex Hellum’s design ethos, which is based around the practical use of everyday objects.
He has created a design of real character, for people who like to design things.
Made in the EU.
Stool: W43 × D30 × H45 cm

Alex Hellum is delighted that the ‘Jot’ Desk for Joined+Jointed has been awarded a Design Guild Mark 2014. 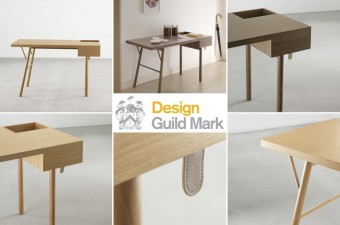 The Design Guild Mark is awarded by the Furniture Maker’s Guild to recognise excellence in furniture design.

Alex Hellum is pleased to announce his collaboration with new furniture brand,  Joined + Jointed due to be launched at Design Junction during London Design Festival 2013. 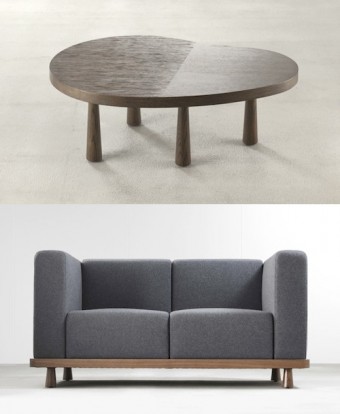 Joined + Jointed is a new collective of international designers and artisan craftsmen, working together to turn inspired concepts into brand new contemporary furniture pieces which will be sold exclusively through the Joined + Jointed online store.

The collection of furniture is intelligently designed, meticulously crafted and offered at accessible prices. Alex’s pieces for Joined + Jointed include an armchair & sofas, Shelving Units, Tables & Chairs, a desk, side tables & mirrors.

Alex Hellum is delighted to announce the launch of the Wholegrain Coffee Table for SCP. 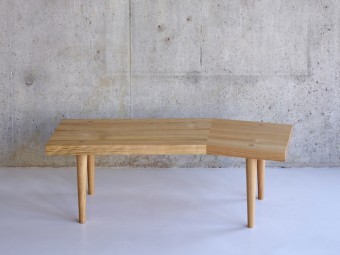 The Coffee Table was launched at Maison Objet, Paris as part of the SCP 2013 Collection.

If you would like press images or further information about Wholegrain, please contact the press office at SCP.

I sat in my chair at 4 minutes past 7pm and it didn’t break!

It was a really good feeling and a great experience pushing my ‘bodging’ skills to the limit. 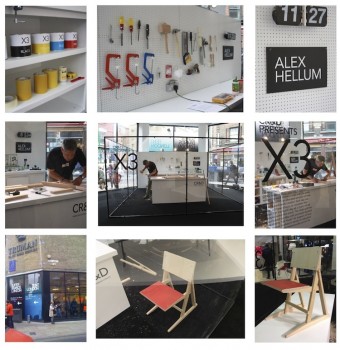 The x3 project was curated by CR&D who built a cube located in the corner of the glass fronted Truman Brewery, allowing not only public viewing from within the exhibition but also from Hanbury Street and Brick Lane.

The concept was to ask 3 designer makers, the others being, Sam Weller and Jack Smith,  to produce a chair each in 6 hours with limited tools and materials. The Chairs are being auctioned on ebay with proceeds going to UK Youth. 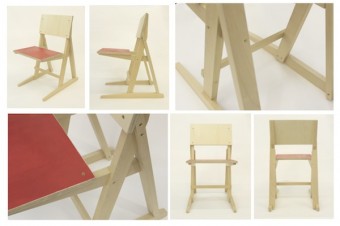 The project reminded me of a lecture I did called Pechakucha where you had 20 images and five minutes to present your work on stage. It makes you aware of the importance of knowing what you are about and being able to tap into that almost objectively. This project was a bit like that where you had a time-limit restricting your process and limiting your options of design and construction.

Instead of calling the chair X3 I will call it 6H (6 hours) to recognise the true reason for its appearance and existence. I’m glad I did this chair it made me appreciate what’s possible under pressure.

Peg Chair for NORA of Norway

Alex Hellum is delighted to announce the reintroduction of the popular Peg Chair by Norwegian manufacturer NORA of Norway who are known for combining modern design with traditional furniture craftsmanship.

The Peg chair is a chair and clothes hanging device and was first shown at 100% Norway in 2008 as a low volume production piece. It has since been taken on by NORA and will be relaunched in September. Alex Hellum, who is based in the UK, has developed a distinctive design style based on observation, utility and honest use of materials. His starting point is often a pragmatic one; watchful of how people use their products and environment, he asserts that in design “there is always a practical solution” and believes part of the role of a designer is to give reason for things to exist. His sensitive use of wood gives his designs character, depth and integrity.